Nano HA is what is found in the saliva,it is what the body uses to maintain the mineralization of the teeth; and the saliva is supersaturated with Nano HA.

Studies have found that HA nano-particles produced consistent enamel remineralization in 10 minutes, formation of a surface of carbonated HA. The nanocrystals are biomimetic.

It has also been documented that Nano HA outperforms fluoride  in remineralization on initial enamel lesions.

It makes sense because nature uses Nano HA to remineralize the teeth, not fluoride!

In this study Nano HA was equally as effective as fluoride.

“It was concluded that nano-hydroxyapatite and fluoride had the potential to remineralize initial enamel lesions. CPP – ACP can be used as an effective adjunct to fluoride therapy but cannot be used as an alternative to fluoride.” (Vyavhare S, Sharma DS, Kulkarni VK. Effect of three different pastes on remineralization of initial enamel lesion: an in vitro study. J Clin Pediatr Dent. 2015 Winter;39(2):149-60. SMH, SEM, 3,6,9,12 pH cyc)

At the end of the day it is all about keeping the mouth in balance. If the mouth is not in balance, figure out why. Then you can start to address how the patient can get him or herself back in balance using the therapeutic and restorative strategies discussed over the last few weeks. 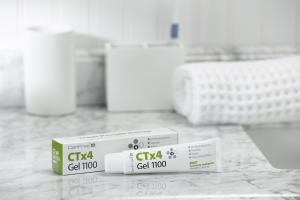 Common Hydroxyapatite Uses and How it Can Affect Your Teeth

What is Nano Hydroxyapatite?